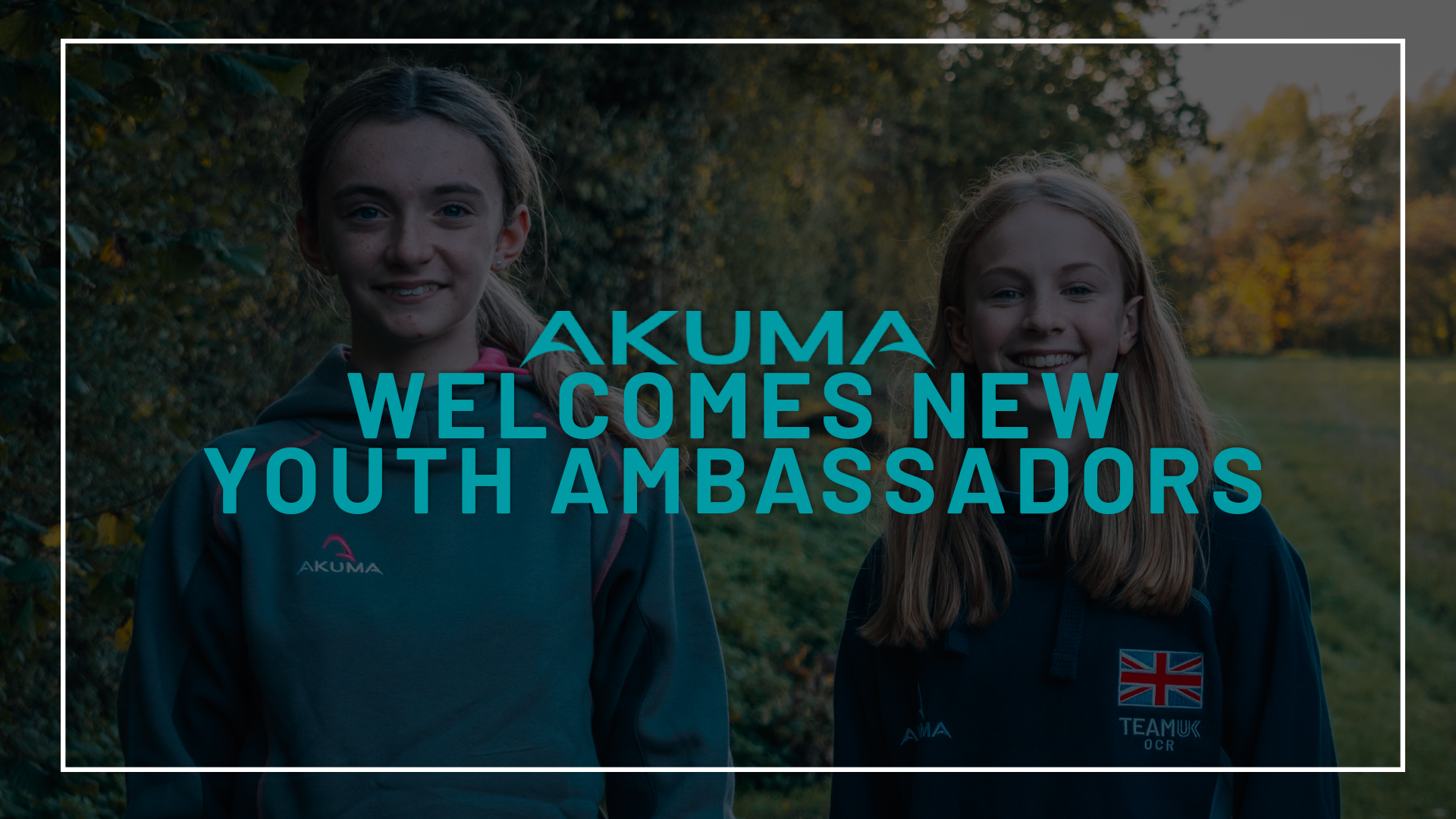 The Akuma team are thrilled to announce that we are introducing a new youth ambassadors’ scheme that will showcase and support the young, talented sports stars of the future. With one familiar face to the Akuma family and one new, we are very excited to support these two sporting juniors in their journey.

Starting with the familiar face, we are thrilled to announce Libbie Joyce as one of the two youth ambassadors. Libbie is part of the Team UK OCR and is an increasingly successful OCR runner for the team with a growing list of championships and medals. Some notable successes for Libbie include taking part in the Abu Dhabi OCR, coming first in the European Spartan Championships and, very recently, winning the first British Junior OCR Championships.

In the coming future, Libbie hopes that OCR is added to the Olympics and that she will be able to represent the UK on the Olympic stage. With current news suggesting that OCR is currently being considered, the Akuma family will be keeping their fingers crossed! Another aspiration for Libbie is to work with the Akuma team at their HQ – aged only 14, Akuma will certainly be keeping a spot open for Libbie in the growing team.

The new addition to the Akuma family is Freya Alcock. Currently, a student at ??, Freya is yet to find a sport that she cannot master. Having started her sporting journey with Tennis at the age of only 5, Freya is a frequent representative of the Warwickshire Country with two appearances in the final and an appearance at the Babolat cup, which showcases the top 16 boys and girls in the country. Freya’s tennis career, while still very early, has been full of successes, undoubtedly with more to come!

Her sporting achievements do not end with tennis; Freya has also recently undertaken football and hockey. In her recent football pursuits, Freya was amazingly taken for Aston Villa youth trials for three months but narrowly missed out on the opportunity to remain with the team.

The Akuma team is very proud to welcome both sporting ladies into the ambassador roles and looks forward to supporting them in their journeys toward further success.

We hope that the Akuma Family will welcome both of our Youth Ambassadors to the team and celebrate their many successes with us all.